After a separation from your spouse, the process of identifying, categorizing, valuing and dividing the property acquired during your marriage and your existing debt is known as equitable distribution.  Property that is subject to an equitable distribution includes real property, vehicles, household furniture and furnishings, bank accounts, investment accounts, annuities, retirement accounts, business interests, cash, the cash value of life insurance policies, art, collectibles, jewelry, electronics and anything other asset or item of property acquired by you or your spouse during the marriage that does not meet the statutory definition of separate property.

Property division can be both complex and contentious.  At Hill Evans Jordan & Beatty, our divorce property settlement lawyers will work diligently to ensure that your rights are protected during this process and that you receive a fair share of the marital estate.  If you have an equitable distribution claim in Guilford County or in the surrounding area, you can count on our attorneys and staff to look after your best interests and fight for what you deserve.

How to Settle Your Equitable Distribution Claim:  Voluntary Agreement or in Court

It is possible to settle your equitable distribution claim in several ways, with the most common being either by a voluntary agreement, typically referred to as a Separation Agreement and Property Settlement or by filing a lawsuit in court.

While it is generally cheaper and quicker to settle things voluntarily by agreement, you should still have an attorney review the proposed property division to ensure that all property is being accounted for and that everything is being appropriately divided.  When an agreement is reached, you and your spouse will sign a Separation Agreement and Property Settlement Agreement that operates as a contract between the two of you and which sets forth the specific property and debt that each of you will receive.  Once you sign the agreement, you lose any right you might have had to bring a lawsuit against your spouse for an equitable distribution of property.

In the event that you can’t reach a voluntary agreement, one of the parties may file a lawsuit asserting a claim for equitable distribution.  The parties will then follow the various steps and guidelines established by the District Court in the county in which the lawsuit was filed.  This process typically involves the creation of an affidavit which identifies and values all marital property, separate property and debts and sets forth contentions as to whether an equal or unequal distribution of marital property and debt is equitable.  Frequently, parties reach an agreement regarding the division of property after filing a lawsuit either through ongoing settlement discussions or through mediation.  If that happens, the parties may enter into a Consent Judgment or a Mediated Settlement Agreement regarding the settlement of their claims.  If the case can’t be settled before trial, a Pre-Trial Order will be entered and a judge will be tasked with categorizing, valuing and dividing the parties' marital estate and debts.

Unlike a claim for divorce, you don’t have to be separated for one year in order to file an equitable distribution claim.  Thus, it is possible to file and complete your division of property before your divorce has been finalized.

There are four steps in the equitable distribution process:  (1) identification, (2) categorization, (3) valuation and (4) distribution.

Marital and divisible property are divided during the equitable distribution process; however, separate property is not subject to division.  For that reason, any separate property that you own needs to be properly identified so that you can retain it following your separation.

The Role of Marital Fault in Equitable Distribution

Generally speaking, the marital fault or misconduct (adultery, cruelty or inhumane treatment, habitual drunkenness, drug addiction, nonsupport, etc.) of a party is not relevant in the equitable distribution proceeding.  However, if the misconduct has an economic impact on the parties’ financial condition, then the court may consider this and determine that an unequal distribution is equitable.

Property that is subject to equitable distribution includes real property, vehicles, household furniture and furnishings, bank accounts, investment accounts, annuities, retirement accounts, business interests, cash, the cash value of life insurance policies, art, collectibles, jewelry, electronics and anything other asset or item of property acquired during the marriage.  Regardless of how an asset is titled or owned, if it was acquired during the marriage and is not separate property then it is marital property and will be subject to division.  The increase in value of separate property during the marriage is deemed to be marital property if the increase in value is the result of marital effort.  Even items that don’t have a set value such as pets and photo albums are property that needs to be divided.

Post-separation property transfers between spouses are considered “incident to divorce” and are generally not subject to taxes by the Internal Revenue Service.  However, if the transfers take place a year or more after the separation, there is a presumption that the transfer was not incident to the separation and consequently the transfer becomes taxable.  This presumption can be rebutted with evidence that the transfer did it fact occur as part of a property division incident to a separation.  This evidence is often in the form of a court order or a signed contract between the parties.  Guidance from experienced attorneys will help ensure that your property division is not subject to taxation.

Factors the Court Considers When Making Equal or Un-Equal Distribution

(1)        The income, property, and liabilities of each party at the time the division of property is to become effective.

(2)        Any obligation for support arising out of a prior marriage.

(3)        The duration of the marriage and the age and physical and mental health of both parties.

(4)        The need of a parent with custody of a child or children of the marriage to occupy or own the marital residence and to use or own its household effects.

(5)        The expectation of pension, retirement, or other deferred compensation rights that are not marital property.

(6)        Any equitable claim to, interest in, or direct or indirect contribution made to the acquisition of such marital property by the party not having title, including joint efforts or expenditures and contributions and services, or lack thereof, as a  spouse, parent, wage earner or homemaker.

(7)        Any direct or indirect contribution made by one spouse to help educate or develop the career potential of the other spouse.

(8)        Any direct contribution to an increase in value of separate property which occurs during the course of the marriage.

(9)        The liquid or nonliquid character of all marital property and divisible property.

(10)      The difficulty of evaluating any component asset or any interest in a business, corporation or profession, and the economic desirability of retaining such asset or interest, intact and free from any claim or interference by the other party.

(11)      The tax consequences to each party, including those federal and State tax consequences that would have been incurred if the marital and divisible property had been sold or liquidated on the date of valuation. The trial court may, however, in its discretion, consider whether or when such tax consequences are reasonably likely to occur in determining the equitable value deemed appropriate for this factor.

(11a)    Acts of either party to maintain, preserve, develop, or expand; or to waste, neglect, devalue or convert the marital property or divisible property, or both, during the period after separation of the parties and before the time of distribution.

(11b)    In the event of the death of either party prior to the entry of any order for the distribution of property made pursuant to this subsection:

At Hill Evans Jordan & Beatty, we understand the complexities of North Carolina’s Equitable Distribution laws and will work with you on your case to make sure your rights are protected.  After your separation, dividing the property acquired during your marriage is necessary to begin the next phase of your life.  As no two cases are alike, there is no cookie cutter approach to resolve property issues.  We will listen to the particular facts of your situation and will work towards getting you the property that you desire.  If you have an equitable distribution claim in Guilford County or in the surrounding area, call us today so we can help you move forward. 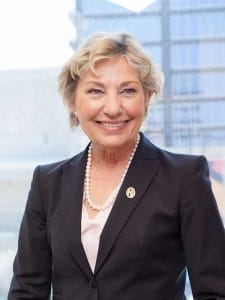 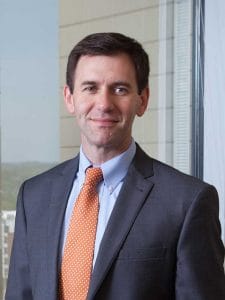 Here is What Happens at an Alimony Hearing

When Does Alimony End?